What Do Panfish Eat? Match The Hatch To Catch ‘Em

Panfish forage on different things throughout the different seasons of the year. They usually shift from one food source to another that answering the big question? what do panfish eat, is difficult to pin down.

One way to know for sure is to understand the biota that lives with the species. While this may be a difficult task, there are tiny hints that could point us in the right direction.

Getting To Know The Species: What Do Panfish Eat?

Do you know that biologists have only identified and classified less than 10% of the macro-invertebrates that comprise a bluegill’s diet? There are literally millions of macro-invertebrates rising from the bottom of lakes to feed and give life to some of our favorite species to catch or eat.

Lucky for us anglers, panfish like to forage a lot during winter. It is noticeable during this time of the year when they are readily available to take your bait. But how do you increase the chance of hooking them? What exactly are they eating? At some point during the cold winter season, our species of interest like to feed on teeny bugs. These microscopic animals or zooplankton, in turn, feed on microscopic plants or phytoplankton throughout the year.

This relationship between the prey and predator is maintained through a sensitive balance in the aquatic food chain. Close observation of stomach contents of panfish species such as perch, minnows, bluegills, sunfish, and crappies show that they feed directly on zooplankton.

In fact, they thrive upon these species. Studies have shown that zooplankton rich waters produce enormous bluegills. This fish is known to feed on Daphnia, a common water flea. 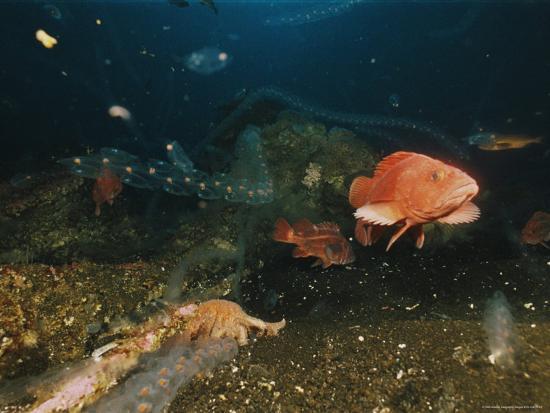 Although they are also classified as one of the microscopic animals that our focus fish feed on, some zooplankters grow big enough that they are visible to the naked eye.

Most of these animals are neutrally buoyant. They stay suspended on the surface of the water as they make jerky movements and hop around. To move, they use their swimming appendages although they are usually seen hopping long enough until a fish catches them.

Larger crustacean zooplankters, for example, have been known to attract big bluegills. In most bodies of water, these zooplanktons are so abundant that crappies, perch, and bluegills drift and easily graze on them. As expected, waters with a healthy population of zooplanktons have huge panfish species as well.

During winter, some bodies of water have fewer zooplankters for our fish species to graze upon. These waters may be near areas where the ice grow so thick during winter that heat from the sunlight steadily decreases.

Or, predation may be too high periodically that there is a crash in the zooplankters’ population. In waters with low plankton counts, the source of food is usually blood worms, nematodes, or other forms of wormlike critters that live in the soft bottom of the river or lake.

Depending on what’s abundant in the environment, fish may also shift diet and eat grass shrimps or burrowing worms and nymphs.

All this information shed light on the best strategies to use when you go out fishing. In waters with strong Daphnia population, you know two things.

A hop-pause-hop movement is the best use in the evening. On the other hand, drop-pause-drop is best in the morning. Whichever strategy you end up using, keep in mind to be subtle when a fish approaches your jig.

What We’ve Learned So Far

Like any living species, one of the best ways to predict behavior is to look at what they feed on. So asking – what do panfish eat is the first step in catching the best ones at the right place and time.

As one of the favorite sports fish, panfish are known as fish-of-all trades as they are always up for sport anytime. They are also the most abundant game fish in the United States. Most anglers love them because they are persistent examples that fishing is about the fish and not the high-tech angling equipment.

Although this does not mean you can take for granted the interesting-looking jobs out in the market today.

If you are as keen on fishing, try the techniques and use the information stated above. If you have questions, and stories to tell, feel free to write them in the comment section below. We would love to hear your success stories and learn from what did not work for you.

How To Become A Professional Fisherman And Give Up Your Day Job
Best Braided Fishing Line for Anglers in 2018 – Top 5 Products Review
Popular Posts
Recent Posts
Best Spincast Reel on the Market – Top 5 Products Revealed 2018 3 comments
Best Ice Fishing Boots for Professional Anglers – 2018 Edition 2 comments
Best Ice Fishing Bibs Reviews to Keep You Warm and Extra Confident 2 comments
The Best Ice Fishing Line of 2018 – Top 5 on the Market 1 comments
A Staple In An Angler’s Tackle Box: The Best Bass Lure 1 comments
How to Choose the best Fishing Kayak 1 comments
How to Snell a Hook the Quickest and Easiest Way 1 comments
Why Do Fish Jump? It’s time to answer this old-aged question 1 comments
Best Castable Fish Finder – A Review of the Best Units in 2018 1 comments
How To Spool A Spinning Reel Like A Master 0 comments
How to Catch a Croaker: Learning the Simple Steps to Catch This Fish May 8, 2018
Best Fly Line for Trout: Know What are the Prime Picks in 2018 May 4, 2018
How to Rig a Senko: 6 Proven Ways for an Effective Fishing April 27, 2018
Best Fishing Shirt – Best Product Reviews and Buying Guide April 23, 2018
Bluegill vs Sunfish: Comparison to Two of Interchanged Fish Terms April 19, 2018
How to Catch Sand Fleas: Master the Various Methods April 13, 2018
Best Kayak Fish Finders for a Better Fishing Experience April 6, 2018
How to Rig a Slip Bobber: Learn the Effective Way to Use a Slip Bobber April 3, 2018
Best Fishing Wader Top 5 Choices on The Market for 2018 March 27, 2018
Best Fishing Hat: Top 5 Picks On The Market For 2018 March 13, 2018