The Best Catfish Rig for Any Catfish Species of 2018

There has been an increase in interest in catfishing among anglers. Because of this, more and more anglers have been looking for the best catfish rig that will help them easily catch catfish.

Catfish are one of the most popular groups of fish anglers target. In a recent survey (U.S. Fish and Wildlife Service), catfish ranked fourth, behind trout, bass, and panfish, among anglers in the United States.

Being knowledgeable about where catfish thrive, their habitat preferences, their seasonal movements, feeding habits, how they behave, and other characteristics, would greatly help in the success of catching catfish. 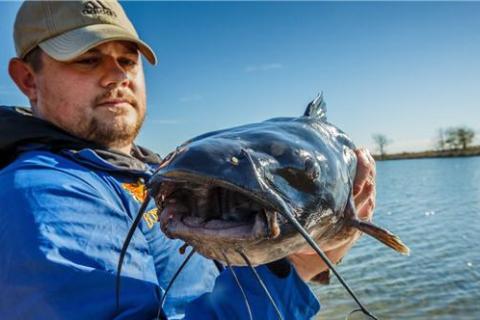 Anglers fish different catfish species, among the most popular ones are the channel, flathead, blue, and bullhead catfish. Each species possess unique qualities, thus, each requires a different techniques and tactics about how and where to catch them.

Channel catfish is the most widespread species of the catfish family.

They are also known as yellow catfish, shovelhead catfish, and mud catfish.

The blue catfish are the largest of the catfish species,weighing to at most around 120 lbs.

These are relatively easy to catch — a great way to introduce fishing to beginners and to kids!

Whether you are fishing in a river or a reservoir, for a channel catfish or a bullhead catfish, learning and understanding about the fundamentals of different catfish species improve your chances for successful fishing for catfish.

With knowledge about the dynamics of different catfish species, it would be easier to find the best fishing rig to use for catfish.

A fishing rig is a combination of items that is added to the end of the fishing line. It is an arrangement of hooks, sinkers, bobbers, swivels, beads, lures, and other fishing items. There are different types of fishing rigs and each one has a unique technique and dynamics of catching fish.

Choosing the right fishing rig for a particular fish species and under various conditions, is extremely important because it is a great predictor of successful catching of fish. Catfish, in particular, are fairly easier to catch when using specific kinds of fishing rigs.

Although almost any kind of rig can be used, the best catfish rigs include slip float rig, carolina rig, floating rig, and slip sinker rig.

Below, you will find more detailed reviews, but you can also click the links above to see current prices and read customer reviews on Amazon. 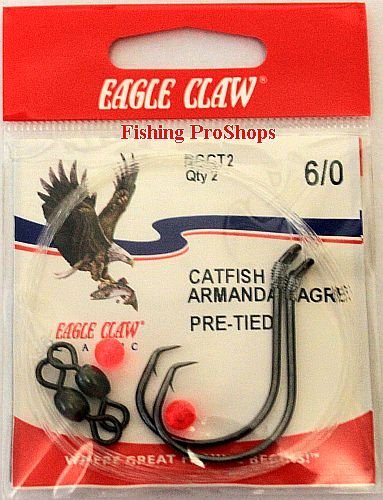 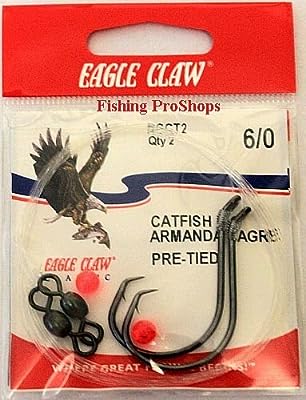 A dual hook or two-hook rig is probably the most versatile among fishing rigs, because it can be used for fishing a wide variety of fish. The dual hook rig is a way of attaching two hooks to a leader line.

It is popular among anglers who fish for larger species of catfish, such as trophy class catfish. This Eagle Claw Catfish Rig dual hook is great because it is already pre-made.

There is no need to manually tie your own. It is most ideal when fishing with large pieces of cut bait, common when targeting blue catfish.

This dual hook rig is also great when you are frequently getting short strikes or missed fish, when the catfish just attacks the lower portion of the cut bait and do not get the hook in their mouth.

Having the second hook on this dual hook rig assures another hook set on the fish that strikes short. 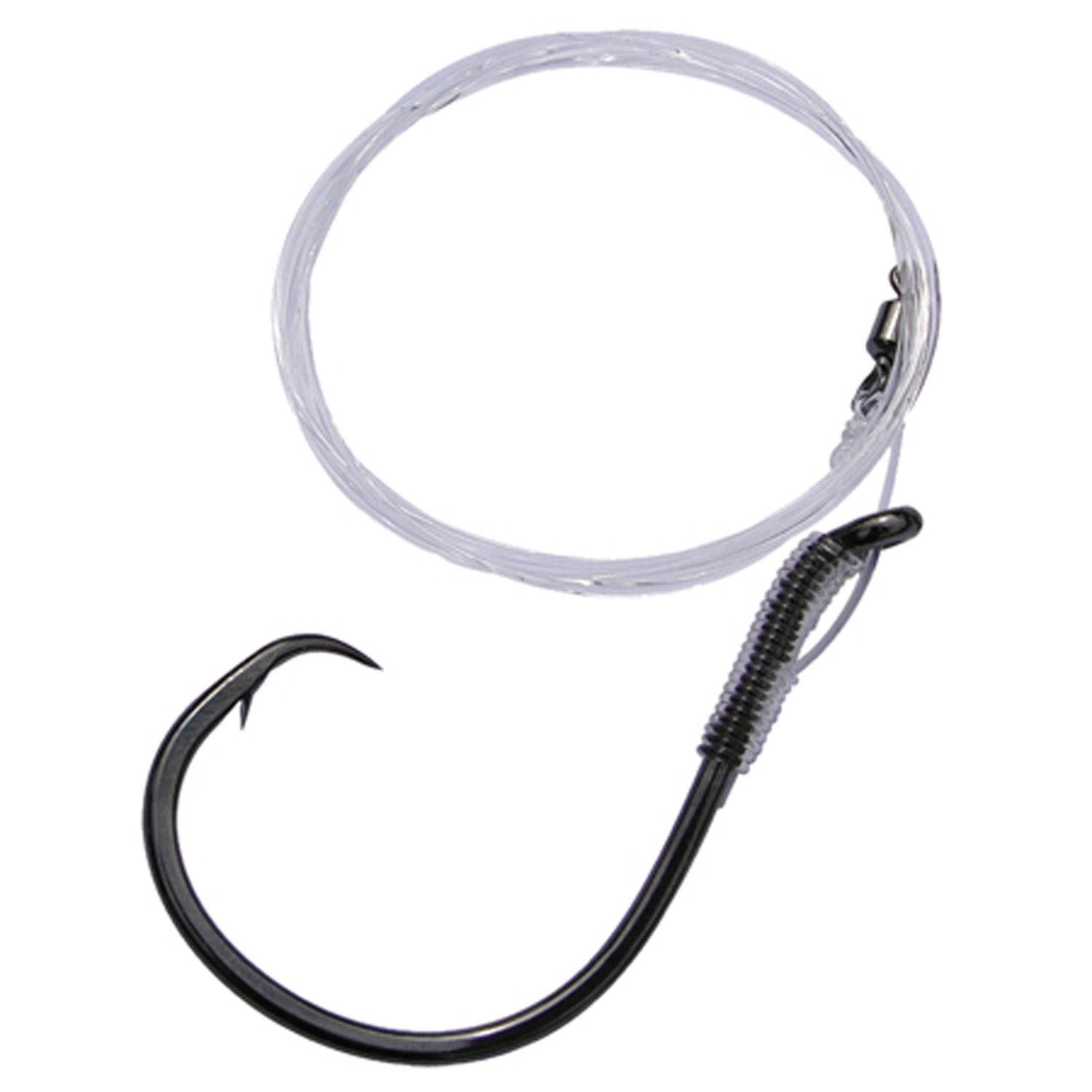 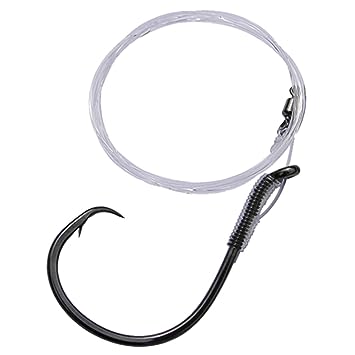 The Gamakatsu Catfish Rig is strong and sharp, making it an effective catfish rig for hooking and landing catfish.

The catfish rig is tied on a 28, 50-pound premium monofilament leader line, and at the end of the leader line, finished with a SPRO power swivel. It is already pre-tied, and conveniently ready to use for fishing. 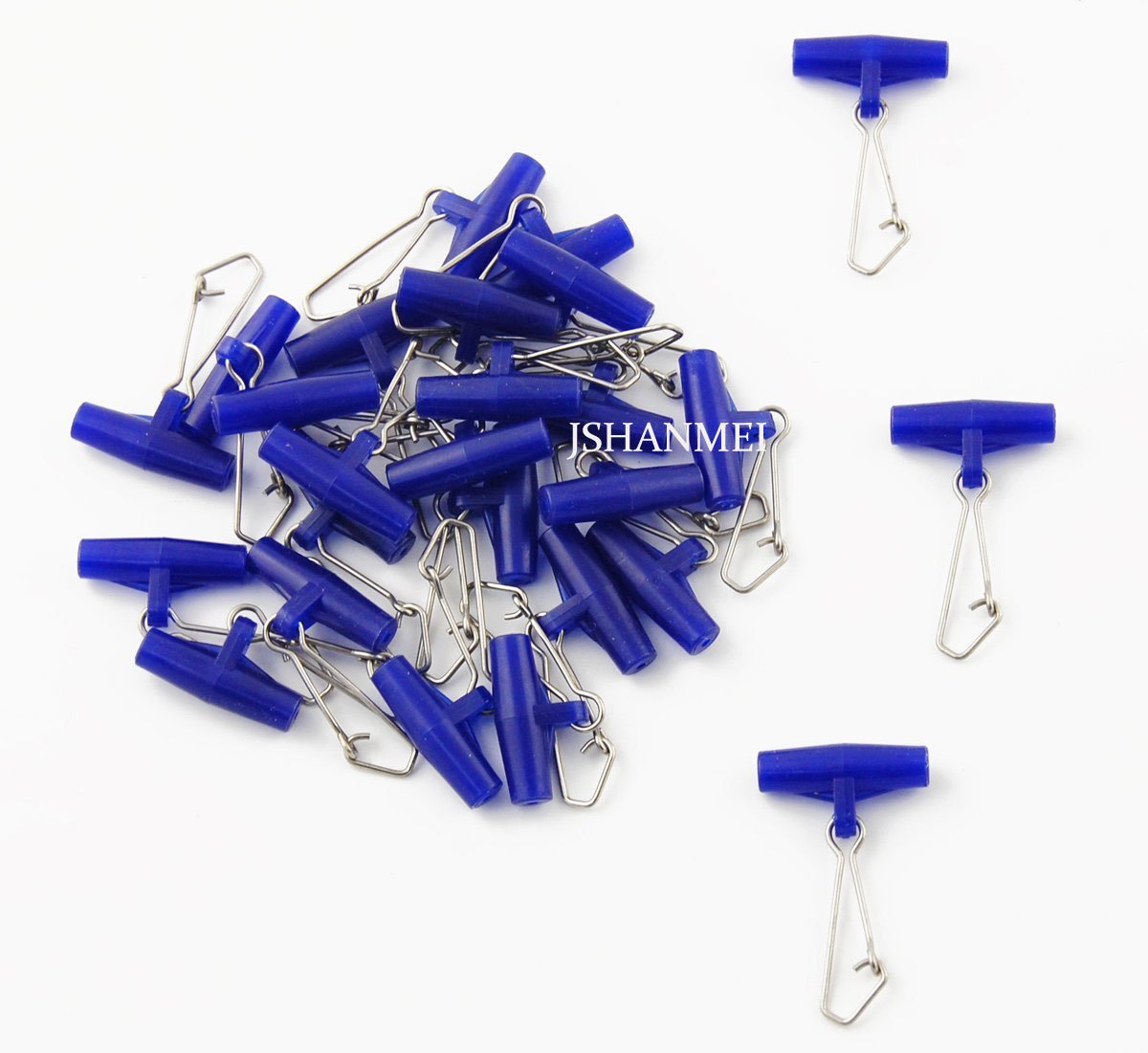 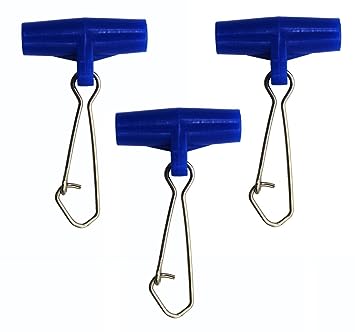 For fishing at the bottom of deep waters, most anglers use the sliding sinker bottom rig.

It is also known as the Carolina rig, and it is the most frequently used fishing technique to catch fish from the bottom of the water, whether you are fishing from the shore or while riding a moving boat.

It is most commonly used as a bass rig and a catfish rig.The carolina rig consists of a braided main line, a slip sinker, a swivel, a mono leader, and a hook. Its features and presentation allow the sinker to settle at the bottom of the body of water, while the bait remains to be floating above.

This prevents the caught fish from feeling the resistance because the mainline slides freely. This is especially very useful and effective when the fish is a bit difficult.

JSHANMEI’s zip sinker slider is great for your carolina rig. It is designed to allow the catfish to take the bait without feeling much of the weight of the sinker. It is braid-friendly and can be used in bodies of both freshwater and saltwater. 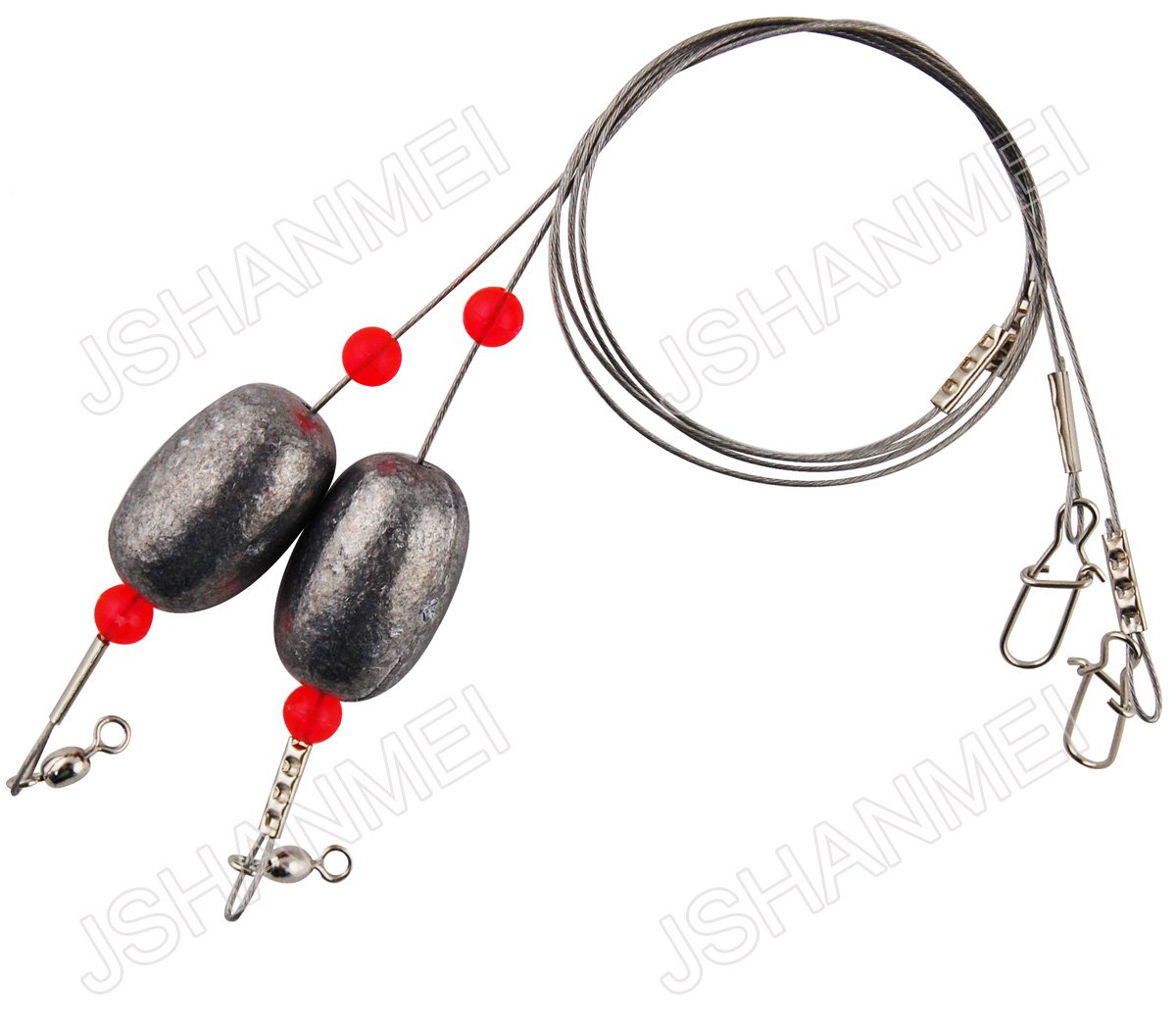 The slip sinker rig is great for catfishing, because it allows the catfish to pull the leader line without meeting as much resistance from the sinker.

The slip sinker rig includes a leader line, a sinker/weight, a swivel, and a hook. Its unique feature of having a sinker or weight are preferred by majority of catfish anglers.

JSHANMEI’s pre-made rig is easier and more convenient to use as almost everything is provided except a hook. It is complete with a durable 18 leader line made of stainless steel, an egg sinker, and a shank clip connector swivel.

It is great to use when catfishing either on freshwater or saltwater. It can also be used in conjunction with a fishing lure or hook to increase sinking rae, casting distance, and anchoring ability.

Being a slip sinker rig, this is great in catching catfish, considering that they are mostly generally bottom dwellers. 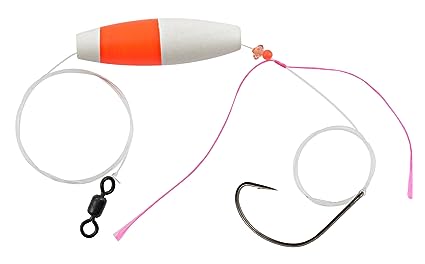 A slip float rig keeps the bait up off the bottom. It can either be cigar-shaped or round bobbers. The slip float rig can usually be adjusted, such that you can fish as deep or as shallow as you want.

It is also considered to be light and sensitive, making it great for fishing in a variety of depths and situations. This kind of rig is said to be an effective way to rig for catfish, especially the blue catfish, channel catfish, and the flathead catfish.

The Mudville Slip Float Rig is specifically designed to target flathead catfish. It includes a 29 leader line, a pre-rigged float, and a 3/0 black nickel Kahle hook.

The Best Catfish Rig for Any Catfish Species

When fishing for catfish, choosing the best catfish rig can make all the difference. Every catfish species possess unique qualities, and each requires different tactics about how and where to catch them.

We believe that the best catfish rig for any catfish species is the JSHANMEI Sinker, Metal Hook, Shank Clip, Swivel, Leader Line, Ready Egg Rig. Being a slip sinker rig, it can be used for almost all catfish species, both freshwater and saltwater, and whether fishing on anchor, vertical fishing, or drift fishing.

It is great for catfishing, considering that catfish are generally generally bottom dwellers and they feed on the bottom of the water. It is a pre-made rig made of durable materials, and even though it lacks a hook, spending a few dollars for a good hook would be worth it for all the advantages this rig offer.

If you find this post helpful, we would be more than happy if you share this post to your friends. Please also feel free to share your experiences and personal reviews on the comments section below.